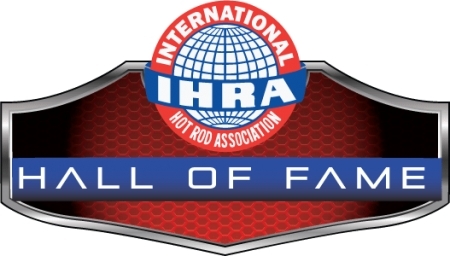 WEST PALM BEACH, Fla. —  It’s hard to overstate the impact Ted Jones has made on the International Hot Rod Association and drag racing industry as a whole.

Look at some of the roles which he has served — racer, track owner, television producer, rules administrator and sanctioning body president. He’s directly or indirectly responsible for multiple classes of cars which still race today. 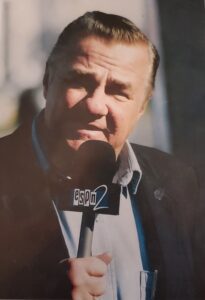 His company, Masters Entertainment Group, produces automotive-related content, including motorsports coverage, for television and online. It all started for Jones as a teenager behind the wheel of his hot rod.

“I raced at this little track, Kettlersville Drag Strip in Ohio. I kept breaking things like tearing up a universal joint or messing up a cluster gear,” he explain. “When I would pay my entry fee, I would see the track owner taking up the money in a carpenter’s apron. I watched that and when I tore my car up again, I was like, ‘I need to be that guy.’

“I approached him that night and asked him if he thought about selling the drag strip. He said my timing was perfect that his wife wanted to open a beauty salon. I was 19, married and I didn’t have any money. My wife and I rented an apartment and the car was mortgaged. I talked him into a land contract where I would make a down payment and he would finance it.

“I still didn’t have enough money so I took a partner, Ray Walter, who wasn’t in the drag racing business. But, he was at a radio station where I was the sports director in Sydney, Ohio. He had his part of the down payment and I didn’t have mine. My wife asked if I really wanted to do this and borrowed from her mother.

“She’s been with me ever since. We celebrated our 58th wedding anniversary. Everything I got into, she got into.”

Jones proved to be a successful promoter. He produced commercials at his radio station and bought air time at the big radio station in Detroit. Upon that success, he built a track from the ground up at Van Wert Ohio, leased the old Shelby (Ohio) Drag Strip and purchased Muncie (Ind.) Dragway which is still going strong as an IHRA track today. 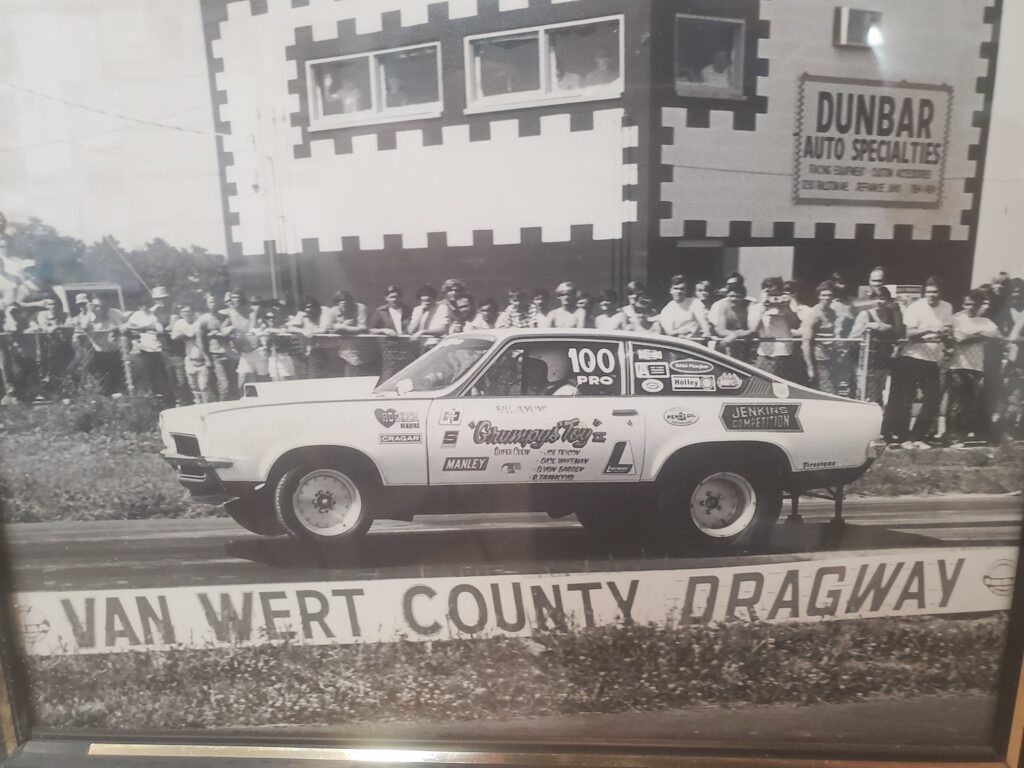 Carrier was impressed with the way Jones handled the event from insurance to promotion. He also liked Jones’ enthusiasm and his suggestions to get more cars to race. He was so impressed that he convinced Jones to sell the tracks and come work directly with him at the IHRA headquarters in Bristol, Tennessee.

There, Jones introduced classes such as Top Sportsman, Top Dragster, Mountain Motor Pro Stock and Pro Modified. He considers legalizing nitrous oxide as his greatest accomplishment. At the time, most of the drag racing hierarchy was opposed to it.

“They were like, ‘What if the bottle discharges? That’s the laughing gas the dentist gives to you to make you high. If the bottle discharges, the driver will be as drunk as can be,’” he said. “There were some other things. I finally said to John Gaskill (from the insurance company), ‘Do you think I know what I’m doing or not? I finally got nitrous legalized and introduced the Top Sportsman class. Pro Mod came out of that.”

Through the introduction of such classes, Jones led IHRA through a golden era where the organization was a force at both the grassroots and national level. Thanks to his contributions, including building relationships, IHRA remains strong today internationally including Canada and Australia. 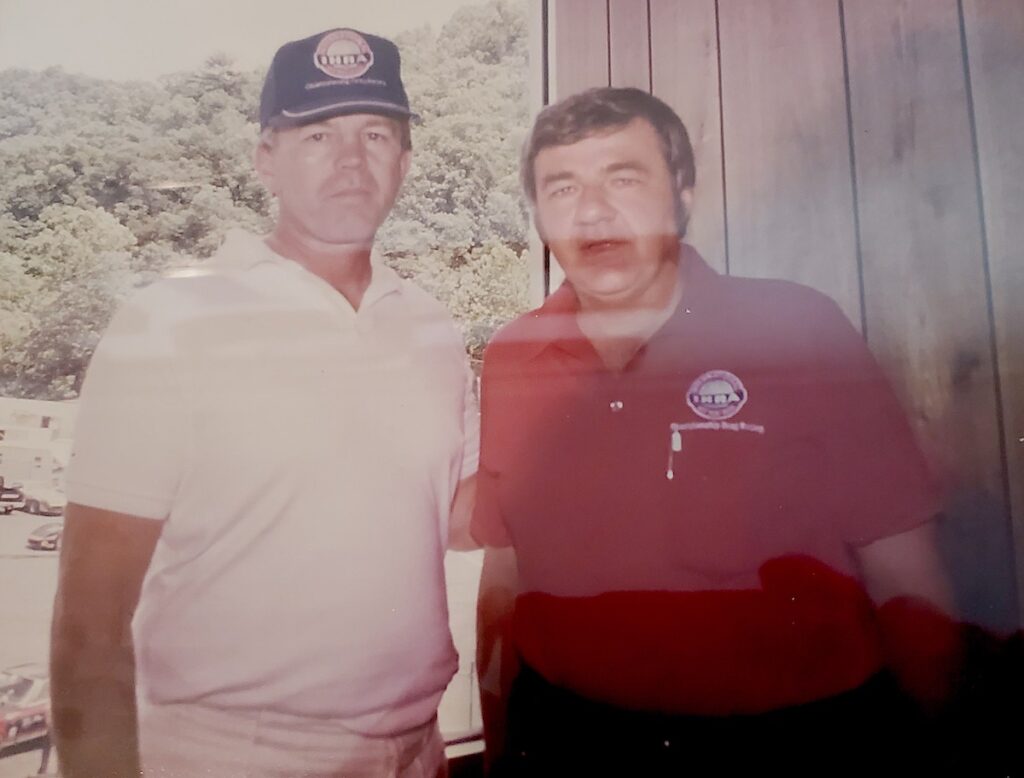 Jones served as IHRA President for eight months and was Executive Vice President until Larry Carrier sold to the organization to Texas drag racer Billy Meyer. IHRA was sold again to Jones and Jim Ruth, who served as president. When Ruth died, Jones held that position until IHRA was sold to a group of eight investors.

Jones also ran Bristol Dragway when Carrier was owner and even served as General Manager of Bristol Motor Speedway for a brief time.

“Larry was quite a character and I learned a lot from him,” Jones said. “I had the highest regard for the man. He was so smart.”

The same has been said about Jones who helped introduce drag racing to a larger audience. He found that in a fledging all-sports network.

“I went to ESPN and when they signed on the air, they only had 10 million homes,” Jones said. “They were like, ‘We need to try drag racing.’ The first one we did was the IHRA World Finals at Norwalk, Ohio. They had me on the headset talking to the TV truck trying to explain things to them.” 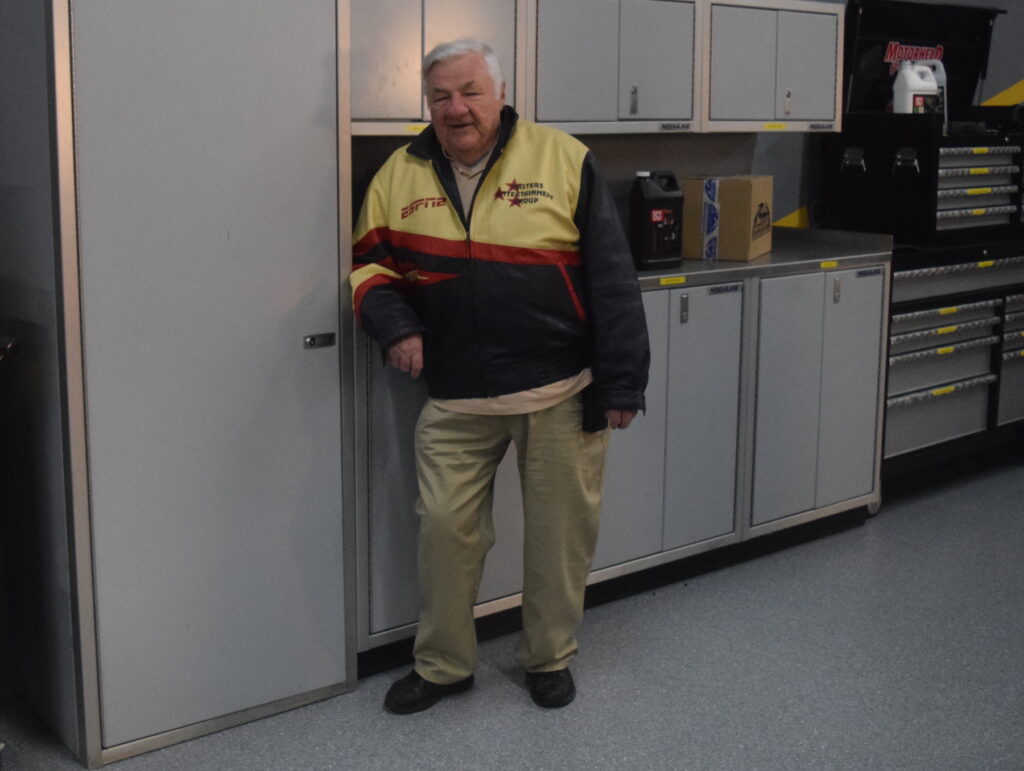 There were some challenges with ESPN announcers Bob Jenkins and Larry Nuber used to oval track racing. They thought Jones was saying redline when he was telling them about a redlight and they would refer to the start line as the start-finish line. ESPN also discovered that Jones, a former play-by-play sports guy, was a solid announcer himself.

The group runs the gamut, producing content for CBS and NBC as well as online broadcasts of college basketball for multiple NCAA Division II schools. For the automotive shows, they’ve built new studios at the Bristol headquarters which includes a chassis dyno plus equipment to do modifications to all kinds of vehicles. 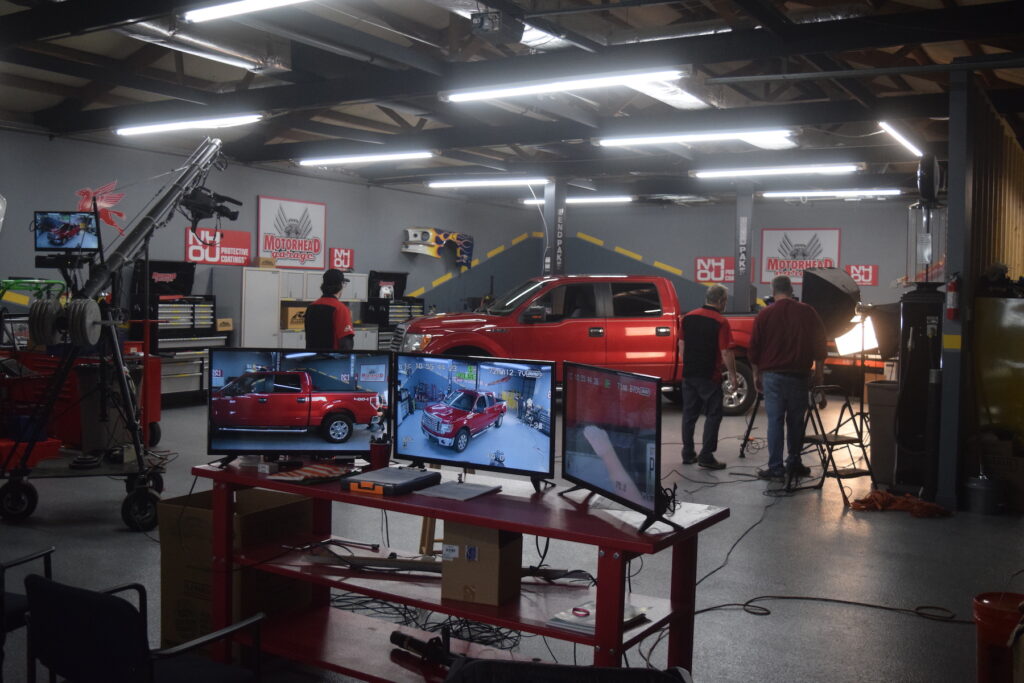 Television remains a passion for Jones as does drag racing. He has come full-circle, serving as crew chief for granddaughter, Shelby Vining, with her “Snake Charmer” Junior Dragster. It’s an understatement to say he’s a proud grandpa.

“For her and her drag racing buddies, it’s all about beating the boys,” Jones said. “What was really special to her, she got two drivers to sign her race car. They were (IHRA Hall of Famer) Rickie Smith and Shirley Muldowney. She told Shirley, ‘Because of you, us girls can race today.’ Shirley was like, ‘Where do I sign?’ Since then, she’s got a ton of autographs on the car — John Force, ‘Big Daddy’ Don Garlits. For the racers, it became the thing to do.”