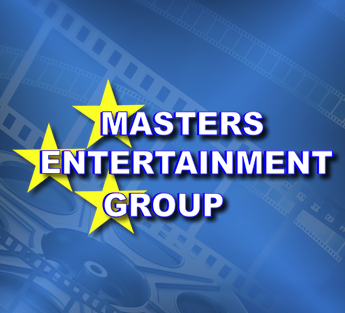 After two decades with Masters Entertainment Group, Jeff Plough has announced his retirement. Mr. Plough has been pivotal in positioning MEG as a leader in automotive programming and event production. Company President Ted Jones says, “We would like to congratulate Jeff on his retirement, and we thank him for his dedication to building a solid foundation for the Masters Entertainment Group sales department.”

Mr. Plough will continue to service his clients from his home on a part-time basis.

Mr. Jones adds: “In light of Jeff’s departure, Masters Entertainment Group is pleased to announce that David Pennington has been promoted to Sales Manager.”

Mr. Pennington brings a wealth of sales experience and knowledge to the position. He has a proven track record in media sales, business development, and solid relationship building with his client base.

Mr. Pennington has been a director in the MEG sales organization for many years, where he’s been a major contributor in marketing collateral development and client retention. Upon arriving at the company, he brought with him unique sales experiences which made him a valuable leader in sales process creation and performance. Mr. Pennington’s past experiences as Sales Manager for several marketing companies and his role as Managing Partner at Penninc help him to understand the needs, expectations, and challenges for business owners and MEG clients.

Mr. Pennington says, “I’m excited to continue to build on the momentum Jeff helped to create, and I look forward to helping Masters Entertainment Group move forward into the future.”

Vining’s leap paid off immediately, as he has already begun shooting live NCAA football games and studio shows for ESPN.

He got a head start in the live sports realm in the last several years, playing a pivotal role in helping Masters Entertainment Group in their foray into sports live streaming. His live production resume with MEG includes cheerleading, NHRA drag racing, high school football, and NCAA volleyball and basketball. Through his years at MEG, Mr. Vining has played a role in dozens of nationally-televised series and programs.

Vining will continue to work with MEG as a freelance videographer.

In the wake of Brendan Vining’s departure, Masters Entertainment Group has introduced Austin Siejka (SAY-kuh) as Chief Videographer. Despite his youth, Siejka already has years of experience in live and studio television with cable provider and community pillar BTES in Bristol, Tennessee. Siejka, a graduate of Northeast State Community College, brings that experience and more to Masters Entertainment Group, where he has freelanced for the bulk of 2022.

MEG Head of Production Dave Dobson extolled Siejka’s virtues. “Austin’s professional skills, along with his great work ethic and terrific demeanor with his coworkers and clients, will make him a valuable asset to the Masters team.”